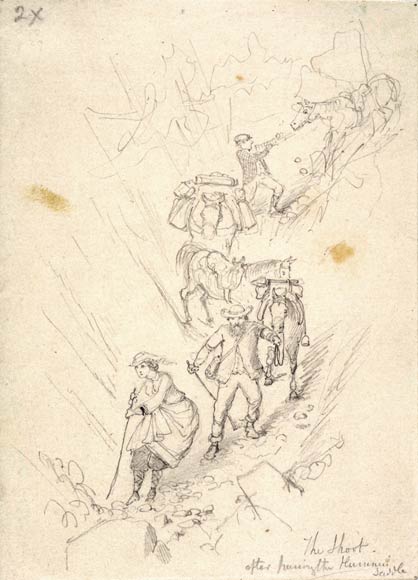 This sketch by Nicholas Chevalier is entitled ‘The shoot after passing the Hurunui Saddle’. It shows the artist’s wife, Caroline, and fellow travellers crossing Harper Pass in 1866. Caroline is believed to be the first woman to make this arduous crossing, during a journey around scenic parts of the South Island. Originally known as the Hurunui Saddle, the pass crosses the Southern Alps between the head of the Hurunui River in Canterbury and the head of the Taramakau River on the West Coast. It was later named after Leonard Harper, the first European to cross it all the way to the coast.