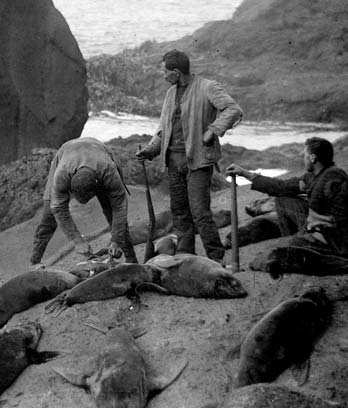 When the first Polynesians arrived in New Zealand some time before 1300 CE, they would have been amazed by the number of seals. Living in large colonies on the rocky shore, seals were easy to find. Their meat was delicious, their fur made warm clothing, and their teeth were used for fish hooks. So many were killed that most colonies disappeared. However, in the 1700s there were still thousands of seals in the waters around Southland and the West Coast.