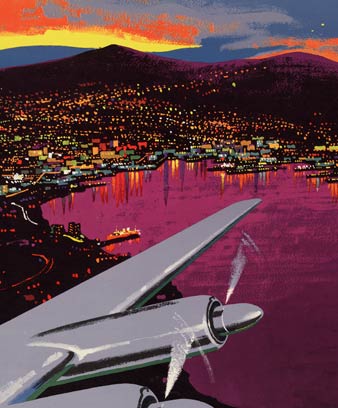 Early transport in New Zealand was mostly on water – by canoe and sailing vessel, and later by steamship. On land, people walked, rode horses, or used them to pull vehicles. Later, steam dominated, and then the internal combustion engine was developed, opening the way for motor transport and aviation. In the 2000s the private motor car was king.

The first European explorers arrived in sailing ships. Whaleboats and small sailing vessels travelled around the coast. Most early transport was on water, as there were few inland roads and most settlements were on the coast.

After Europeans arrived Māori began using animals for transport. Bullocks could pull heavy loads on sleds in areas where roads were poor or nonexistent. People rode horses, and used them to pull vehicles once roads were built. From the late 19th century bicycles became popular.

In the late 19th century steam transport linked settlements and allowed goods to be sold around the country. Steamships exported meat and dairy products to Britain, and smaller steamers travelled around the coast and on rivers and lakes. Railway lines were built and industries developed near them. Steam was also used to drive trams and cable cars in towns.

Motor cars became common in the 1920s and 1930s, and buses and service cars were used for public transport. Businesses closed in small settlements, because people could drive to larger towns to shop. Some small country schools closed after school buses began taking children to larger schools. Many small dairy factories also shut down because milk could be carried longer distances by truck. Because people had cars and no longer had to rely on public transport, they could holiday in remote areas, and suburbs grew up around towns.

In the late 20th century even more people had cars, and motorways and parking buildings were built. Shopping malls and megastores with huge car parks were developed.