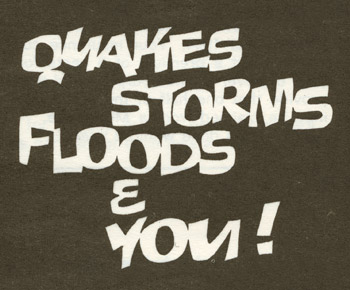 With its risks of drowning, shipwrecks and fires, as well as unsafe workplaces, early colonial New Zealand was fertile ground for insurance companies. The government set up insurance firms to compete with private insurers.

There are two main types of insurance business:

But not everyone could afford life insurance, and some insurance companies were not financially stable, so the government set up Government Life Insurance in 1869.

Fire was a constant danger in early New Zealand, as most buildings were wooden and fire services were inadequate. Companies were set up to insure people against fire. The companies worked together to standardise their premiums (the price of a policy). But this kept premiums high, so the government set up the State Fire Insurance Office, with cheaper prices, in 1903.

Following the huge San Francisco earthquake of 1906, some insurance companies went bankrupt. After this, most companies stopped insuring for earthquake damage, and much of the damage from the 1931 quake in Napier was not covered by insurance. Then, just before the Second World War, insurance companies decided not to cover war damage. The New Zealand government set up the War Damage Commission. It became the Earthquake and War Damage Commission, which covered damage from floods, landslides, volcanoes and tsunamis, as well as from earthquakes and war. It is now the Earthquake Commission (EQC).

Changes to the industry

Over time, smaller companies were taken over by larger ones. The government-owned companies Government Life and State were sold to private owners. In the 2000s there are fewer branches, as people buy insurance on the phone or the internet. Many banks also now sell insurance.

In 2007–8 the insurance industry earned a gross income of more than $3 billion.