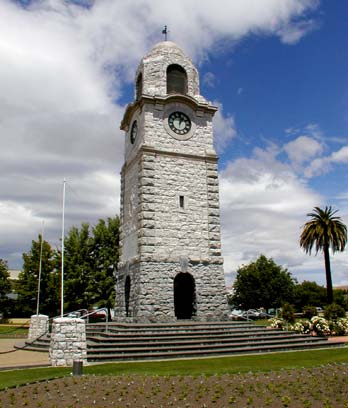 An imposing edifice made of marble or limestone has all the more impact in New Zealand, where timber construction is the rule. Building in stone is expensive, and has mainly been used for civic buildings, churches and memorials.

Building in the past: wood vs stone

Traditionally, Māori used stone for paths and walls, but wood for buildings. After 1840 immigrants arrived from Britain and Europe, where brick and stone were common. But in New Zealand they preferred timber, as there were plenty of trees. And they discovered that wooden houses were safer during an earthquake.

Stone for building needs to be strong, easy to cut, and attractive looking. Only a few kinds of New Zealand rock are suitable. The common greywacke stone does not split well.

Using stone is more expensive and difficult. It is laborious to quarry (dig out) the stone. You then need a stonemason, to trim and lay the stones. Some wealthy people built stone houses, and it was used for churches, banks and memorials.

Limestone is a rock made of the shells of marine animals that died millions of years ago. In southern New Zealand there is a soft, white limestone known as Ōamaru stone. It can be sawn or carved, to make blocks and pillars. Ōamaru was sometimes called ‘Whitestone City’

Marble is a hard limestone that can be polished. A beautiful grey marble is quarried at Tākaka, near Nelson.

This rock is formed from lava when a volcano erupts. New Zealand has several types, including:

In the 19th century, nearby rocks would be used for a whole building. But by the 20th century, stone was used just for frontages, pillars and panels. Today, there are few stonemasons, and concrete is cheap. The most popular stones are Hinuera ignimbrite and Ōamaru limestone.

There are important stone buildings particularly in Auckland, Christchurch, Ōamaru and Dunedin. Others include: