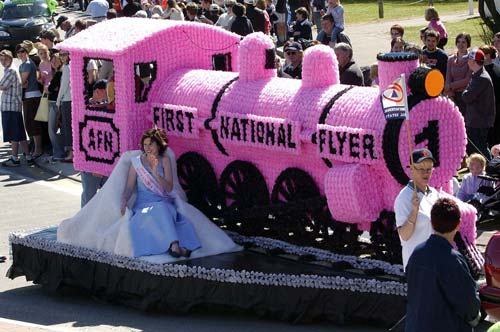 Alexandra has held a blossom festival since 1957. This gloriously pink float attracted many admiring glances in the 2004 festival parade. The town also hosts a cultural festival known as the thyme festival each November, when the district’s wild thyme is in flower.