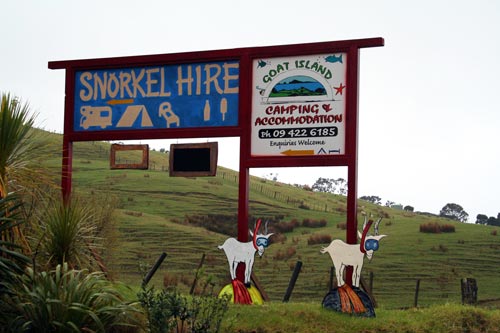 Goat Island is named after the goats released by early European seafarers, to provide food for those who became marooned. In 1975 the waters around the island were made New Zealand’s first marine reserve, Cape Rodney–Ōkakari Point Marine Reserve. Since then it has been used for fisheries research and as a training ground for recreational divers.