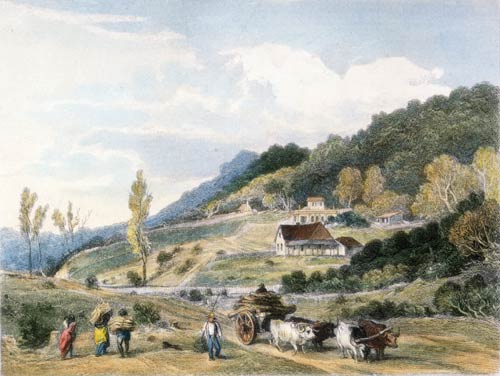 In this painting from about 1847, a group of Māori carrying bundles pass a bullock train loaded with wood, near the intersection of Tinakori Road and Hawkestone Street. The gabled house above the road belonged to the successful Wellington merchant Nathaniel Levin, and was later replaced by Premier House – the prime minister’s residence. The scene was painted by Samuel Brees and has a strong pastoral atmosphere, designed to appeal to an English audience.