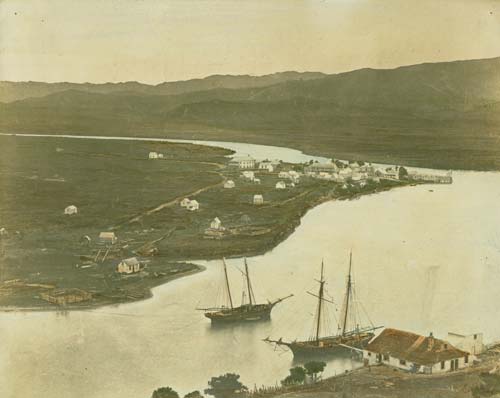 Tūranga had been home to a number of traders from the 1850s.The government bought land for a township in 1868 and laid it out two years later, naming it for William Gisborne, the then colonial secretary. Development did not happen instantly and in 1871, when this photograph was taken, most of the buildings pre-dated the government scheme. But great things were expected.