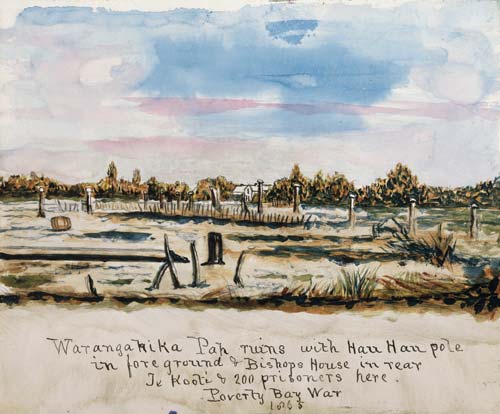 Waerengaahika pā was the site of a major battle in Poverty Bay in 1865, between the followers of the Pai Mārire religion (Hauhau), who had fortified the pā, and government and other Māori forces. In the aftermath the buildings were in ruins, though Bishop William Williams’ house, visible in the distance, had survived. As the annotation indicates, Te Kooti and some 200 others were taken prisoner here and exiled to the Chatham Islands in 1866. Te Kooti’s escape along with hundreds of followers would unleash another round of conflict in Poverty Bay.