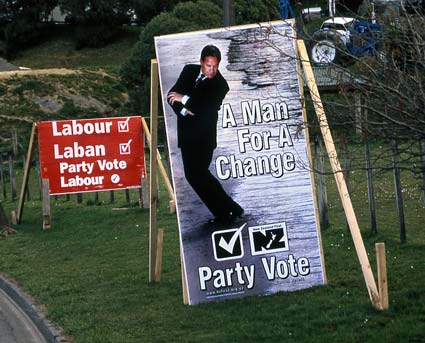 Winston Peters was elected as the National Party MP for Tauranga in 1984. Following disagreements with his party he resigned as an MP in 1993 and was re-elected as an independent candidate in a by-election. After setting up the New Zealand First party, he retained the Tauranga seat until 2005, when he lost narrowly. Peters remained in Parliament as a list MP. This billboard is from his 2005 campaign.