The Resolution in a storm 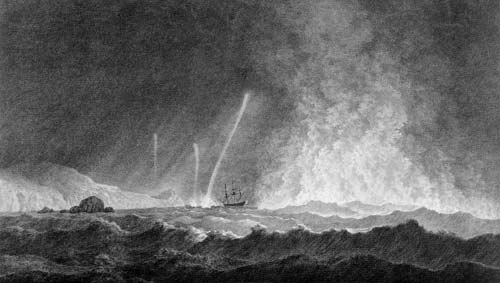 Captain James Cook’s second voyage to New Zealand resulted in the compilation and publication of extensive meteorological logs. However, they were of little scientific value. The limitations of measuring equipment and meteorological knowledge often meant that different recordings were taken by Cook’s ships, the Resolution and the Adventure, even when they were anchored side-by-side. This engraving, based on a painting by Cook’s artist William Hodges, shows the Resolution in wild storms off Cape Stephens, the northernmost point of D’Urville Island, in May 1773.