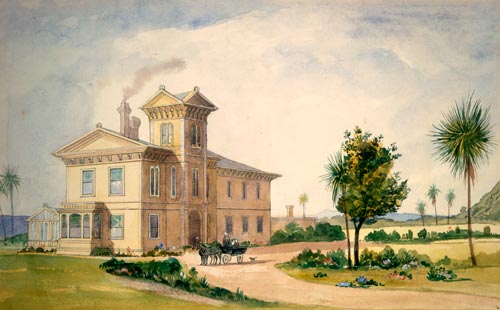 The politician William Fox painted this watercolour of his house – Westoe, named after his English birthplace. The house was completed in 1874, and is still standing in the early 2000s. William and Sarah Fox lived in the house until the mid-1880s, then spent their last years in Auckland.

Rowed in to Scotts Ferry