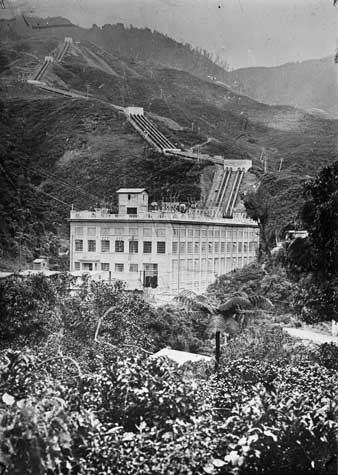 Two pairs of massive pipes descend to the Mangahao hydroelectric power station, shown shortly after its completion in 1924. They are bringing water from the east-flowing Mangahao River to the station site, which is on the west-flowing Mangaore stream.

Foxton and the coast