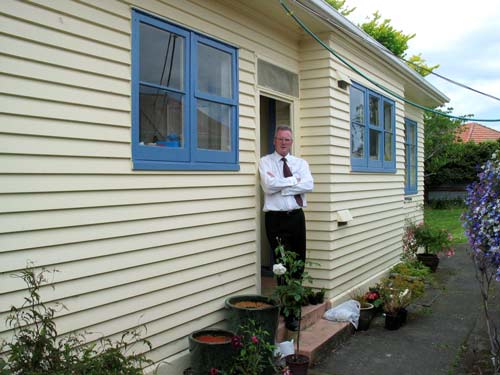 Train running through the Square