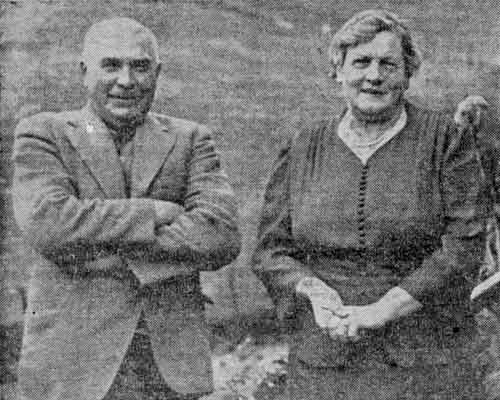 As new immigrants began to flow in from continental Europe after the Second World War, attention turned back to earlier arrivals from those countries. In 1949 an article appeared in the popular Auckland Weekly News about the Van Houtte family, whose ancestor, Benoît-François, had arrived from Belgium in 1897. In 1900 he moved to Raglan, where he took up a holding of heavily bushed land. Shown here are Benoît-François’s son Camille and his wife, who developed the family’s original farm.

A Belgian beer café in Auckland