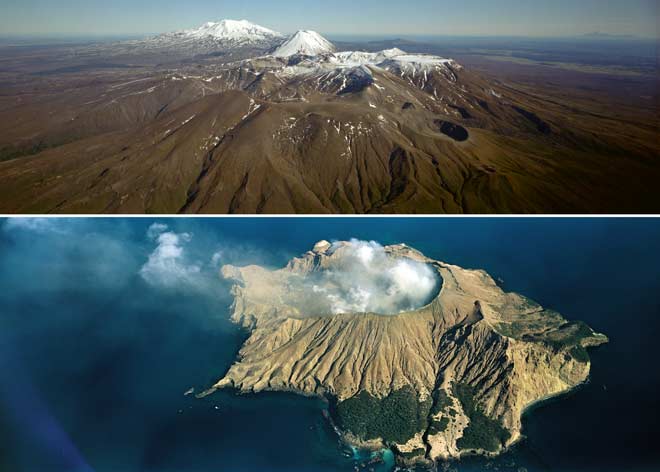 These two images show the similarity between onshore and offshore volcanic cones. Upper image: the volcanoes of Tongariro National Park, with Tongariro in the foreground, the symmetrical cone of Ngāuruhoe in the centre, and Ruapehu in the background. Lower image: Whakaari (White Island), off the Bay of Plenty coast, is the top part of a large submerged cone volcano similar in size to Tongariro.