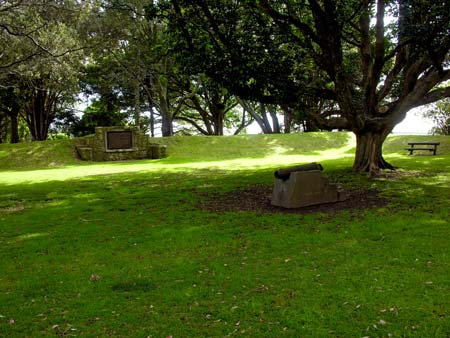 The Monmouth and nearby Durham redoubts were earthworks constructed early in 1864 by British forces, sent to Te Papa to intercept support from Tauranga or further east for the Māori King movement. The redoubts were named after the 43rd Monmouth and 68th Durham light infantry regiments, which formed a large proportion of the British troops. Military settlers built dwellings which formed the nucleus of the town of Tauranga. The Durham redoubt was subsequently built over but the contours of the Monmouth redoubt can still be seen.