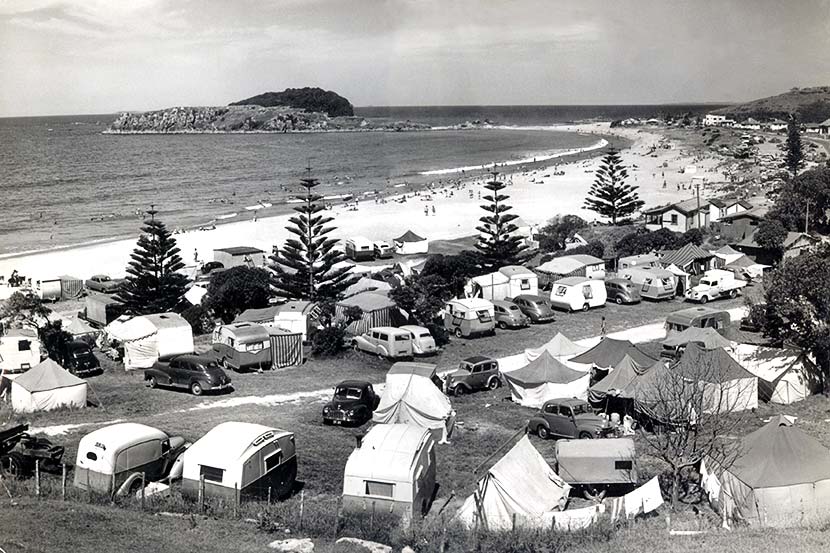 By the 1950s New Zealanders enjoyed one of the highest rates of car ownership in the world. They drove in large numbers to popular camping grounds such as Mt Maunganui, near Tauranga, to stay in tents, caravans and cabins. Main Beach, seen here in 1955, had been a major holiday destination since the 1920s, but widespread vehicle ownership and other social developments brought record numbers of campers.

Home-made caravan, around the 1920s