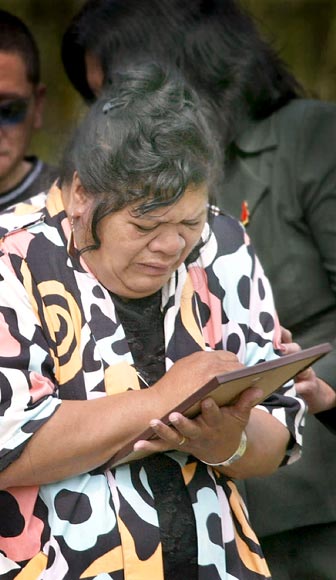 Ida Hawkins holds a photograph of her late daughter in 2005 – 18 years after the 16-year-old was murdered by Mongrel Mob members on the banks of the Tutaekuri River in Hawke's Bay. A greater focus on victims' rights by lobby groups such as the Sensible Sentencing Trust in the 2000s has led to more punitive approaches to dealing with gangs, but there is little evidence that these are effective.