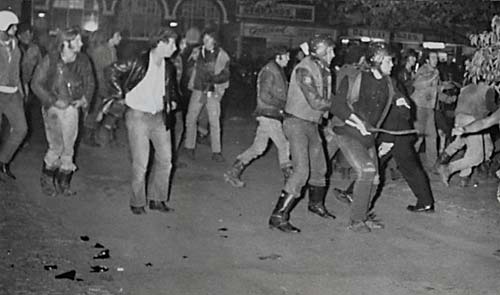 This brawl between members of a bikie gang and members of the Mongrel Mob occured in The Square in Palmerston North in 1972. Public brawls between rival gangs during the 1970s heightened public concern about gangs.

Courtesy of the Manawatu Standard