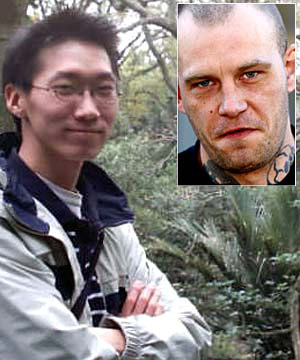 Korean student Jae Hyeon Kim was last seen alive in September 2003 in Westport. In 2008 his body was found in a grave near Charleston. In 2010 Shannon Brent Flewellen, a skinhead white supremacist, was convicted of Kim's murder and sentenced to a minimum of 16 years in jail. Fourth Reich gang member Hayden McKenzie was also convicted of the killing. In 2005 McKenzie had been convicted of murdering James Bambrough, a transient gay man, on the West Coast in 1999. The Fourth Reich was a racist, homophobic skinhead group formed in Paparua Prison in Christchurch in 1994. It was most active in the mid-1990s, when it had around 20 members.