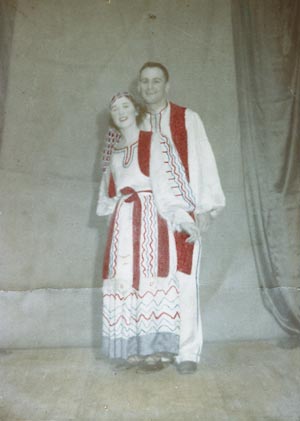 Andy and Mara Silich of the Dargaville Yugoslav Social Club’s kola group strike a pose. Clubs were formed in Kaitāia, Dargaville, Whāngārei, Auckland and Wellington. They served as social and cultural centres where people could practise the language. Some clubs also attempted to help the unemployed during the 1930s depression.