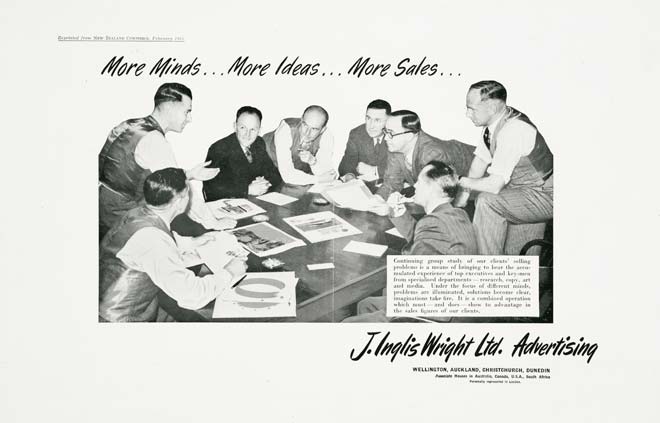 In the early 1950s, when J. Inglis Wright prepared this advertisement for themselves, the three pioneering New Zealand agencies of J. Inglis Wright, Ilott Advertising and Charles Haines were still dominant. Each had grown considerably and, as this ad suggests, they had sizeable staffs with ‘many minds’, including artists and writers. As the image suggests, the profession was a largely male preserve.