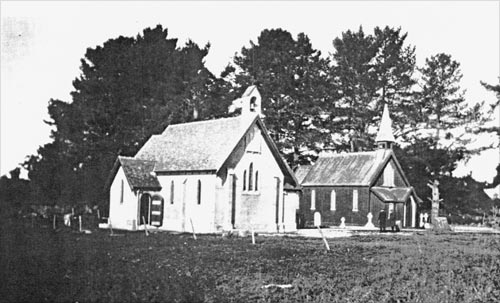 Timber and concrete churches stand side by side on Tutu Tōtara, the Marshall property at Pōrewa, in the mid-1920s. Both were designed by Frederick de Jersey Clere. The second church (left) was built from concrete in 1924 as a memorial to John Marshall, who had been killed in France in 1916. The original church was constructed in 1884. It was later demolished – this is the only known photo of the two buildings together.