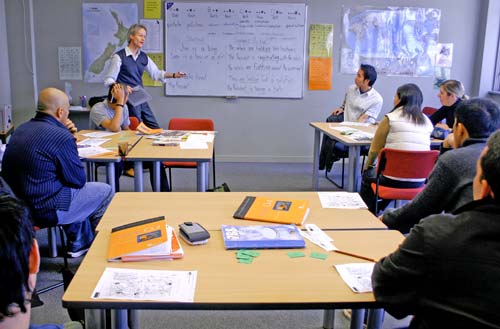 Between 1899 and 1920, English language tests were used to keep Asians and others out of New Zealand. After 1920, other restrictive measures were used.After restrictions based on ethnicity and race were abandoned in 1974, a knowledge of English was no longer essential to gain permanent residence, although it helped. From 1991 a modest level of English was once again required. The standard became higher in 1995, and again in 2002. The demand for English language skills is now met by language schools such as the Capital Language Academy in Wellington. This photograph shows a class in progress.