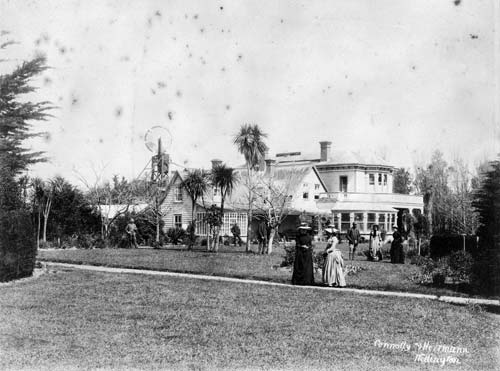 Wairarapa runholders prospered in the late 19th century. This is Longwood Station, Featherston, in the 1880s. The station was initially owned by Henry Bunny, who built a modest wooden cottage in the late 1850s. In 1871 he sold the house to Charles Pharazyn, who erected a substantial villa-style addition. Servants then occupied the original cottage. In 1905 the building was destroyed by fire, and a new, larger house was built. Today Longwood is a lodge offering luxury accommodation.