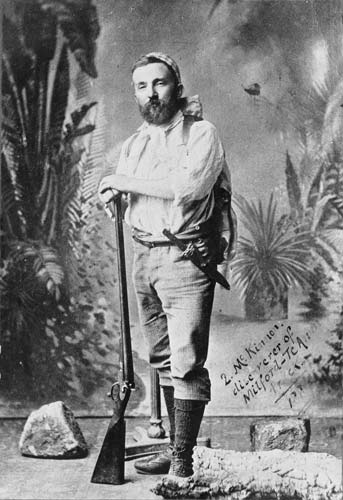 At the end of the 19th century, Fiordland had the main pockets of New Zealand yet to be explored by Europeans. Quintin McKinnon was one who filled in the gaps by first crossing from the south-west arm of Lake Te Anau to Caswell Sound, and then in 1888 discovering a pass to Milford Sound from the north of the lake. This became known as Milford Track, going over Mackinnon Pass. He lost his life in 1892 on the mail service he ran from Te Anau to Milford.