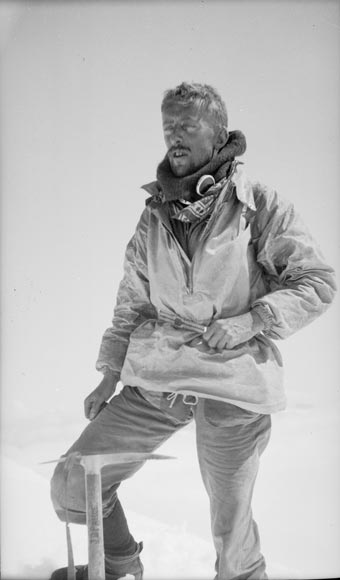 During the 1930s, amateur New Zealand mountaineers conquered most of the major unclimbed peaks and explored the remaining valleys. Canterbury climbers like John Pascoe were active in the headwaters of the Waimakariri and Rangitātā rivers. Pascoe’s finest mountaineering achievement was the conquest of Mt Evans on New Year’s Day, 1934. He later became a historian who contributed much to the story of New Zealand exploration. He also edited Charlie Douglas’s journals.