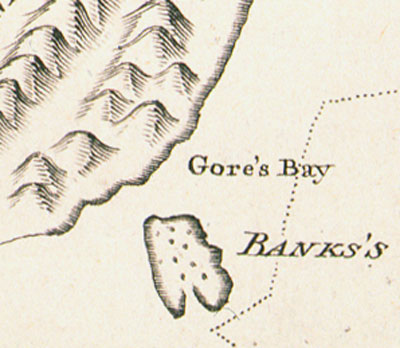 In one of the two mistakes on Cook’s remarkably accurate map of New Zealand, Banks Peninsula was mapped as an island. Banks Island was named after Joseph Banks, the botanist on board the Endeavour. The land joining the volcanic peninsula to the mainland of the South Island is low lying, and Cook was too far from shore to see it. Cook’s mistake was not corrected until 1809, when Captain S. Chase of the Pegasus tried to sail between the ‘island’ and the mainland.