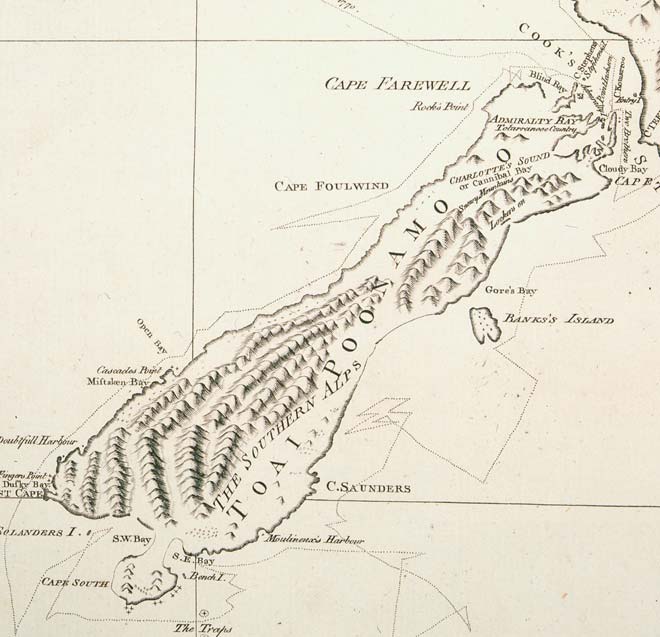 On Cook’s chart the South Island is narrow-waisted because Cook did not realise how far east the Canterbury Plains extended. The Endeavour was often kept well offshore of the South Island by winds, and Cook found it difficult to determine his exact longitude because he did not have a chronometer on his first voyage. But the island is recognisable, and the main areas of mountainous country are recorded correctly. Cook’s name for the South Island, Toai Poonamoo, was his rendering of the traditional Māori name, Te Wai Pounamu.

Replica of the Endeavour