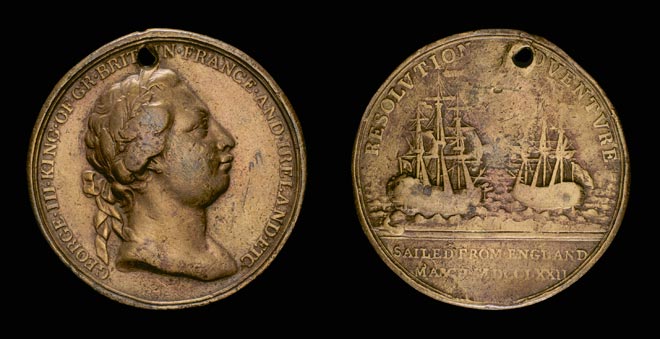 In time for Cook’s second voyage, medals were struck in England: two gold, 106 silver, and about 2,000 in base metal or platina (a mix of copper, zinc and iron). The medals have King George III on one side, and the ships Resolution and Adventure on the other. Those made of base metal were taken by Cook to distribute to the inhabitants of any new lands he visited. Several have been found in New Zealand.