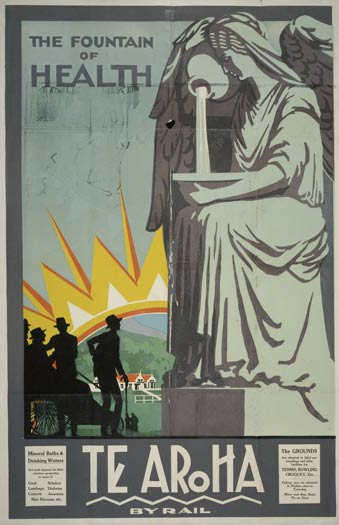 Revenue from spas never kept pace with the high costs of development and maintenance, and by the 1930s government willingness to fund them was waning. There was, however, a final burst of spending during the 1930s, promoted by Sir Joseph Ward, prime minister from 1928 to 1930, who had himself benefitted from treatments at Rotorua. This art deco-style advertisement stresses the health-giving properties of Te Aroha’s mineral waters.