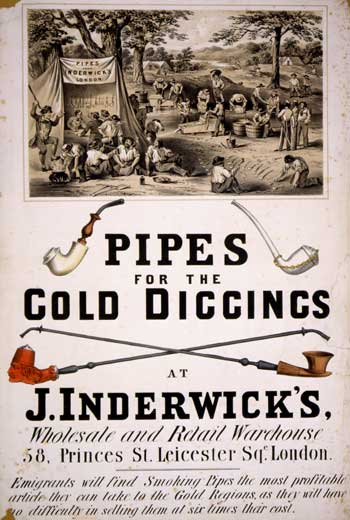 The goldfields attracted significant commercial activity. This advertisement was aimed at people who were leaving London for the gold diggings in New Zealand. It suggested that prospective miners buy pipes, since they could sell them again at the diggings for six times their purchase price.