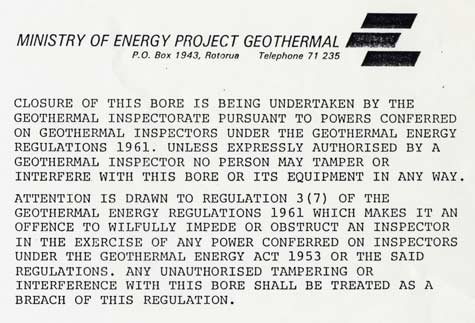 Because of the decline of the Whakarewarewa geysers, it was decided to shut down all boreholes within a radius of 1.5 kilometres of the geyser field. Official notices were served on bore owners by the Ministry of Energy, and the bores were gradually closed down in 1987–88. The field has been monitored since 1981, and it is clear that the decline has stopped. However, most of the geysers that had disappeared before 1987 have not recovered.

One way to restore the geysers