An endorsement of fasting 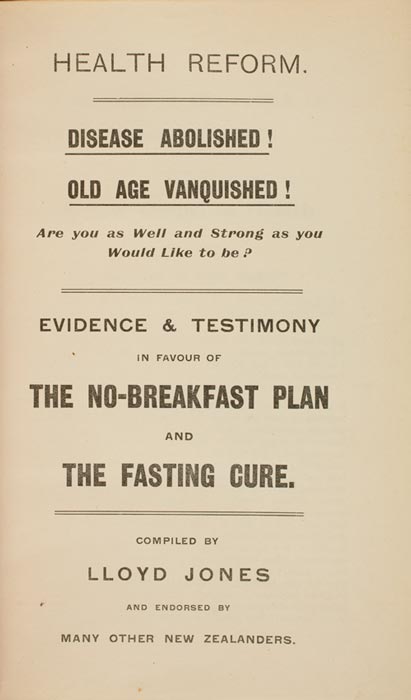 Whanganui man Lloyd Jones was one of the most enthusiastic followers of the fasting regime advocated by American Edward Hooker Dewey. Jones published a response to Dewey's The no-breakfast plan and the fasting cure in this work, A plea for health reform. While weight loss was a major goal, fasting was believed by followers to cure a range of health conditions.