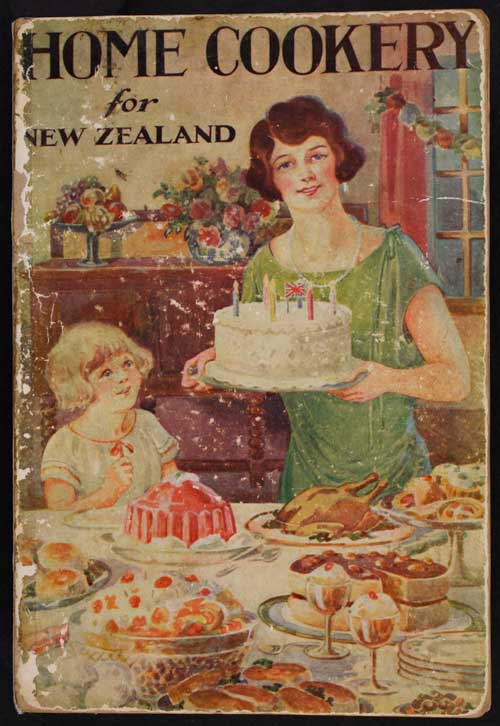 Chicken was the most popular meat eaten by New Zealanders in the early 2000s. However, it was a speciality meat until the 1960s, when production of mass barn-raised broiler chickens for domestic consumption dramatically increased. Before this, it was reserved for special occasions of the type illustrated on the cover of this 1920s cookbook. The small roast chicken cuts a rather lonely figure among the puddings and baked goods.