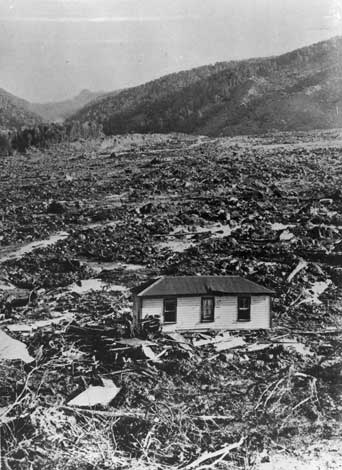 The upper storey was all that remained of the Morel homestead in the Mātakitaki valley, after it was overwhelmed by a landslide in 1929. The slide was triggered by the Murchison earthquake of that year. Charles Morel and his wife ran ahead of it, but they tripped and fell. Charles died, but a neighbour rescued his wife near the edge of the slip. Earthquakes are one of the main triggers for landslides – often a vigorous shake is all that is needed for gravity to pull down an already weakened hillside.