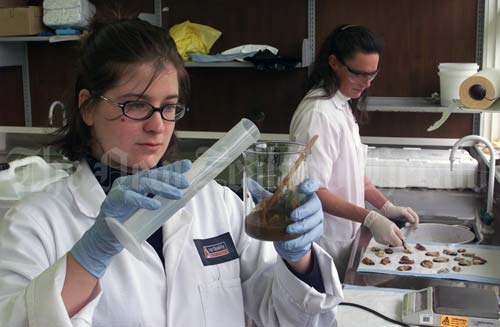 Some microalgae produce toxins. Shellfish that consume them also absorb the toxins, which can cause serious illness in people who eat the shellfish. These scientists are testing mussels during the worst toxic algal bloom recorded in New Zealand. This occurred over 2000 and 2001, when Gymnodinium catenatum spread around parts of the coast. The outbreak was detected before anyone was poisoned, and shellfish farms were closed until the danger had passed. The alga was thought to be a recent arrival, but it may have already been present in small numbers.