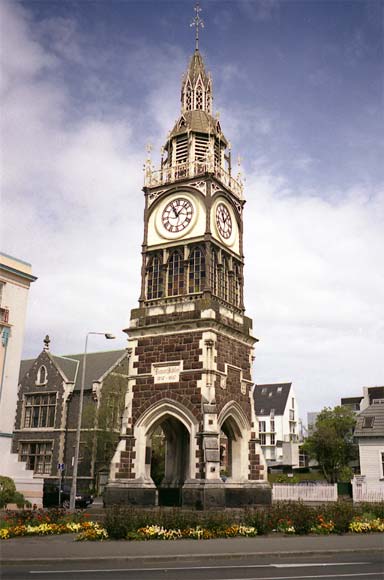 In 1930, 33 years after the clock and tower were first installed, they were moved a little way out of the urban centre to Victoria Street. By then, presumably, most people were wearing watches and a public clock was not quite so necessary in the city’s commercial heart. It had become a civic embellishment. The clock tower was damaged in the earthquake of 22 February 2011 and the clock stopped at 12.51, the time of the quake. However, both clock and tower were fully restored.