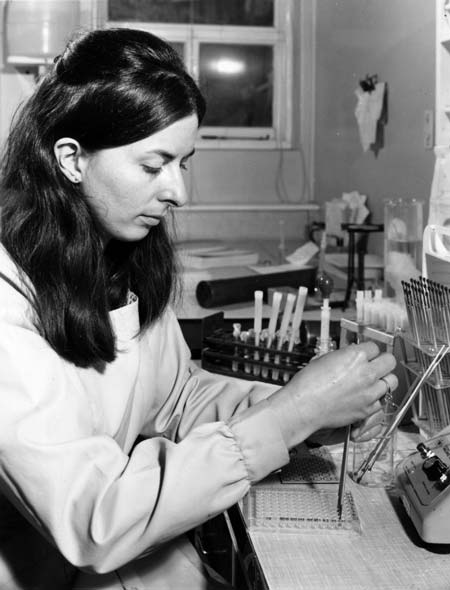 In the space of five weeks in 1968, four young people died after swimming and diving at a Matamata hot pool. The cause was identified as amoebic meningitis. The disease is contracted when an amoeba that lives in hot springs enters the brain through the nose. These and other deaths prompted scientific research into amoebic meningitis, which had not previously been encountered in New Zealand. This researcher at the National Health Institute is processing samples in 1972.