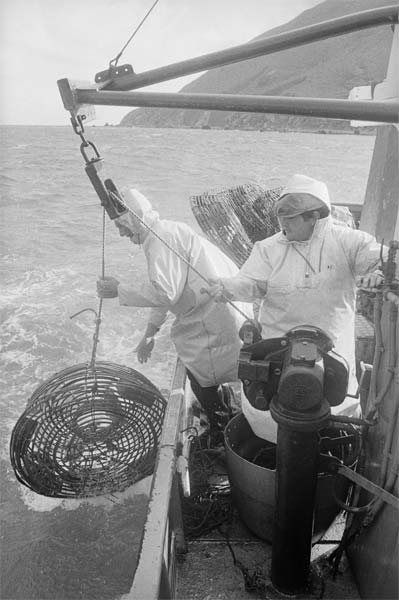 Crewman Ferdinando hauls in a supplejack crayfish pot holding a few wriggling specimens. This photograph was taken in 1985 – long after the easy money had been made in crayfishing. The boom years were the 1950s in Fiordland, and the late 1960s around the Chatham Islands. At the peak of this boom, in 1968, nearly 11,000 tonnes of crayfish were caught. In 2004, only 2,124 tonnes were landed and export revenue amounted to $102 million.