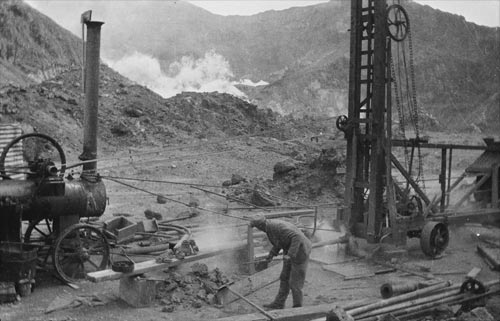 A worker toils at the sulfur extraction plant on White Island in the Bay of Plenty. Nearby is a steam engine used to drive the machinery that extracted sulfur. Disaster struck in 1914 when part of the crater wall collapsed, causing a landslide. The 10 men working there died, and the only survivor was the company’s cat, named Peter the Great. Mining had resumed by the late 1920s, when this photograph was taken. By the early 1930s the company was losing money and the venture closed.