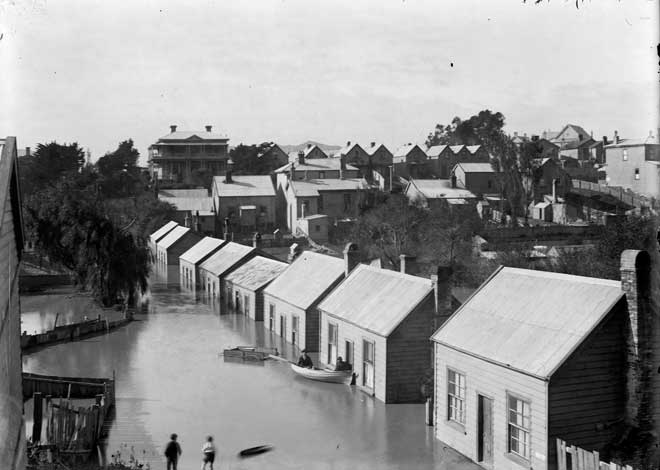 Some of the early settlers in the Hutt Valley moved to Wellington to escape floods. But this did not always prove a wise decision, because parts of the town were also prone to flooding – as shown by this photograph of the suburb of Thorndon, in 1893.

Damage to the Aglionby Arms