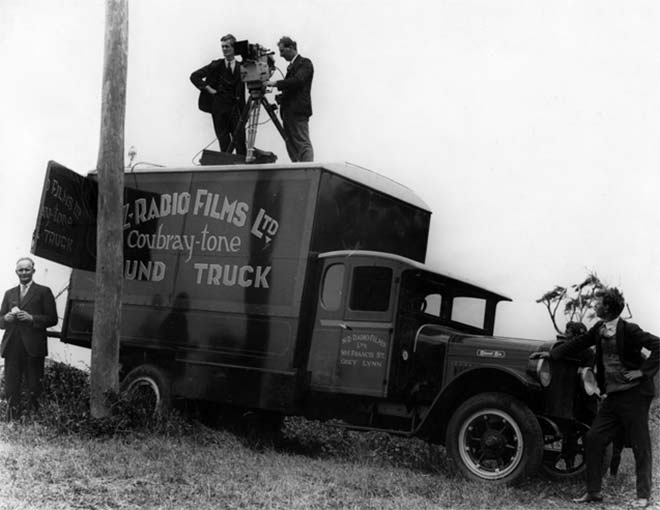 Film-maker Ted Coubray and his brother Fred are shown here atop the New Zealand Radio Films sound truck in December 1929. They were filming the funeral of Henry Cleary, Roman Catholic bishop of Auckland. The advertised ‘Coubray-tone’ was Ted’s invention – when the talkies arrived, he developed his own film sound system.