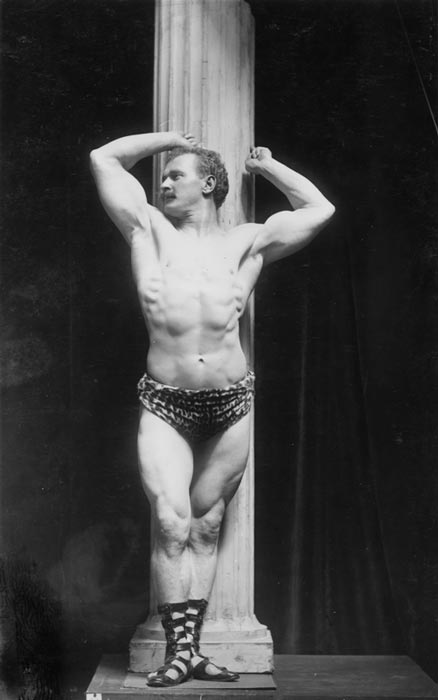 After bodybuilder Eugen Sandow toured New Zealand in 1902–3, many people were encouraged to follow his system of exercises for developing the physique. Sandow himself was the best advertisement for the method, and photographs of him, such as this one posed in front of a classical column, provided inspiration for would-be bodybuilders.