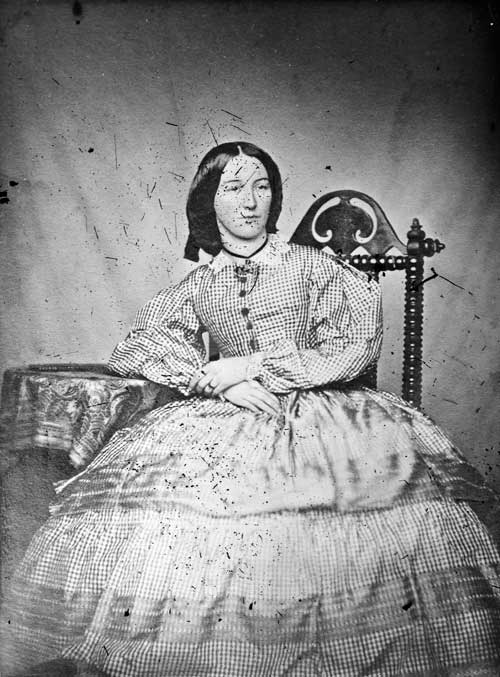 The crinoline, a flexible metal cage worn under a dress to give it a bell-shape, is probably the most recognisible and well-known design feature of mid-19th-century women's clothing. This woman is wearing a dress supported by a crinoline, which accentuates her slim, corseted waist. The metal crinoline was flexible and, depending on the size, allowed wearers to move about and sit without too much difficulty, though probably not entirely comfortably.

Fashion from London and Paris