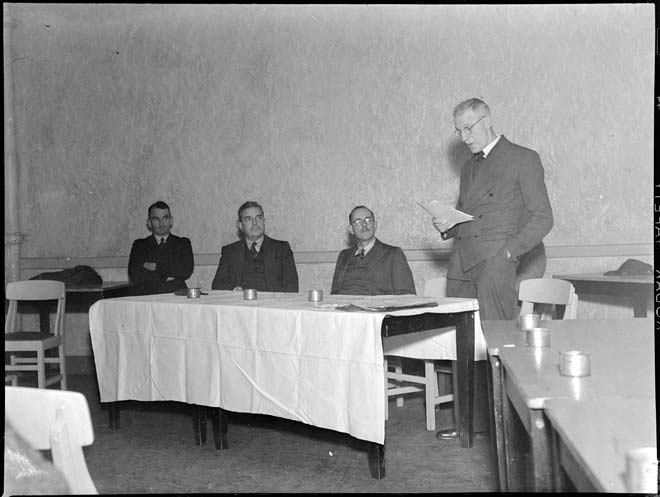 L. W. Swan addresses members of the Auckland Aero Club at a meeting in 1946, while fellow club officials listen attentively. The strict way that New Zealanders ran meetings was something that American David Ausubel observed in his 1960 book, The fern and the tiki. He suggested that this custom, along with the use of titles and formal manner of introducing people, provided evidence that New Zealanders were not as informal and relaxed as they liked to think they were.