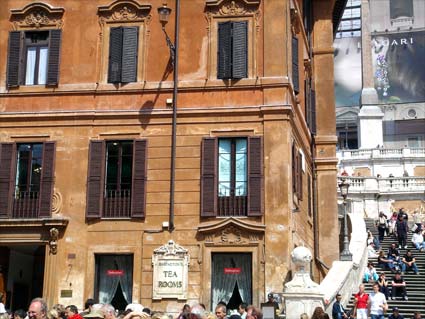 Isabel Cargill, the granddaughter of Captain William Cargill of Dunedin, went to England in the 1890s and met a Miss Babington. They went to Rome and opened Babington’s Tea Rooms. Isabel married an Italian in 1902. In 1910 Isabel’s sister, Annie, joined her and opened a hotel called Hotel Londra Cargill, the name of which still exists. Babington’s Tea Rooms proved to be a successful venture, and in 1996 it moved to these larger premises, next to the Spanish Steps, in the heart of Rome.