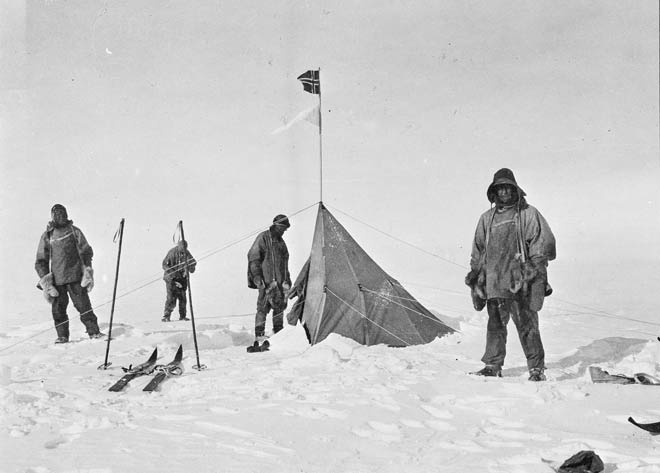 Robert Falcon Scott's South Pole party is shown in January 1912 at the tent left at the pole by the Norwegian explorer Roald Amundsen little more than a month earlier. In the tent was a letter from Amundsen to the king of Norway, with a covering note to Scott. The collection and delivery of the letter by Amundsen's rival would guarantee the validity of his claim to have reached the pole. Scott's party would die on the return journey. New Zealanders' identification with Scott was strong and remained so; when a New Zealand Antarctic base was established in 1957, it was named after Scott. From left are Scott, Lawrence Oates, E. A. Wilson and Edgar Evans. The photograph was taken by Henry Bowers.